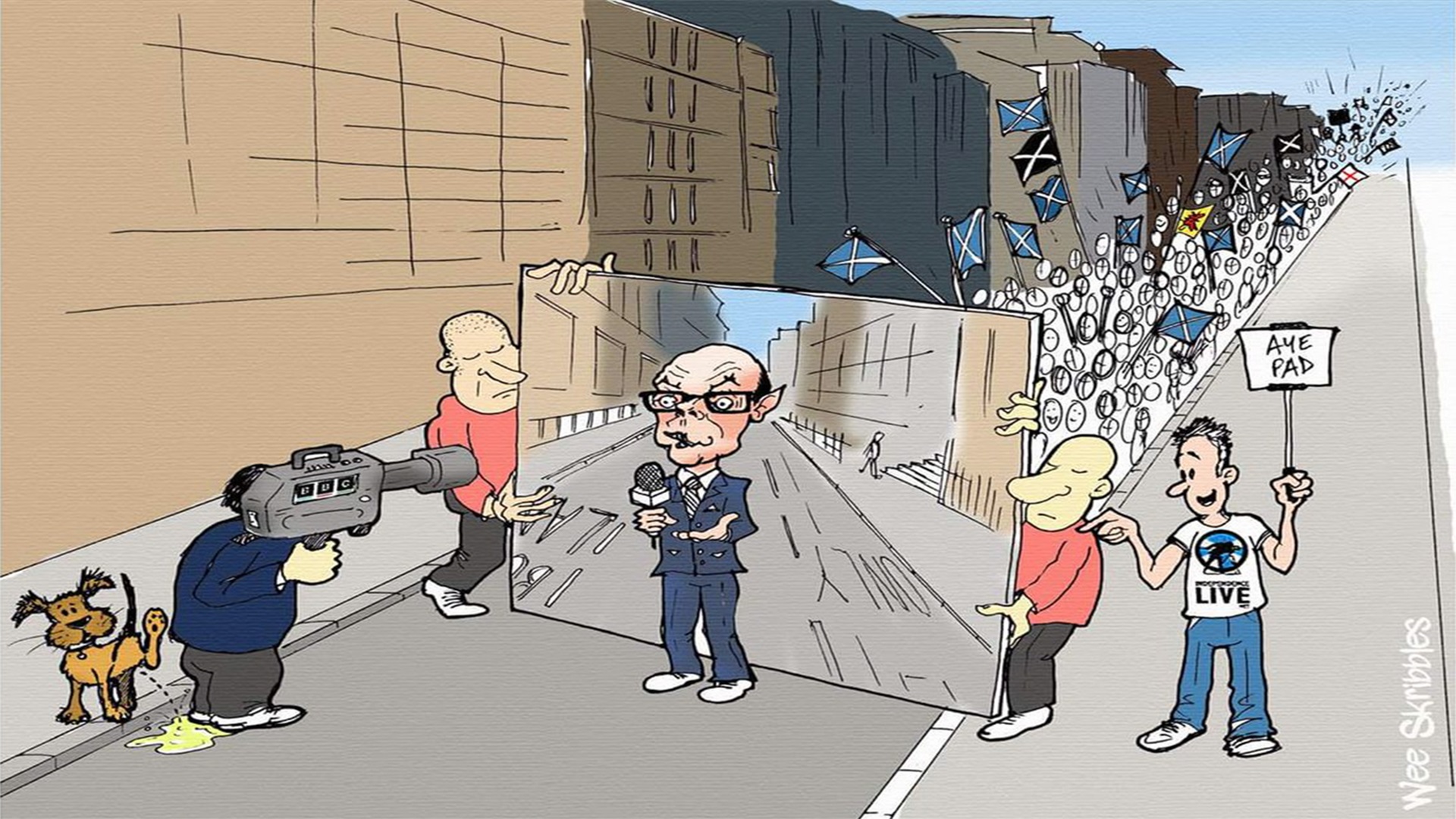 UK Main-stream media has proven itself to be untrustworthy on countless occasions, here we analyse the actual and factual issues affecting Scotland from Scotland by Scots of all colours, races, religions and beliefs, if you live in Scotland, vote in Holyrood elections and support Scotland and Scots’ Law you’re a Scot. We monitor the MSM and everything they miss/ignore…

We Are The People of Scotland

We are affiliated, controlled, owned or funded by no one, we are just a group of Scottish freelance journalists, photographers and film-makers, we all have day jobs and do this work for the benefit of Scotland and Scots to reclaim our rightful Independence from Westminster to preserve our democratic right to chose our destiny.
note: posting media clips etc does not imply any endorsement, these are posted for the benefit of public discussion, often we too do not like what we are seeing – always be careful what you over share eg CNN got Trump elected as they never stopped talking about him so he lived there for free, in modern times “hate” is the most effective mass advertising there is!.

Equipment and transport isn’t cheap so we are grateful for any assistance: https://www.patreon.com/newscotlandtv
Patreons will eventually get priority access to projects and other bonuses
note: due to Justin Treudo (and pals) recent tyranny in Canada against protestors AND non-MSM journalists feel free to use cash or card, you can find us at most mettings/rallies.(receipts are available if required)…